Dave Infante is an award-winning journalist, video producer, and on-camera host with a deep passion for telling the stories of 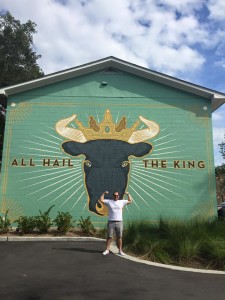 people who make the food & drink he loves.

Since  2010, Dave has written professionally for publications including Thrillist, Fast Company, Mashable, The Daily Dot, and many more.

He is the recipient of two James Beard Foundation Awards for Journalism. He won the “Wine, Spirits, and Other Beverages” category in back-to-back years for his feature reporting on black craft beer brewers (2016) and craft beer industry consolidation (2017).

Dave is also a co-creator, lead producer, and host of Food/Groups, a mid-form web series published by Thrillist that focuses on the identities people build around culinary traditions.

Dave lived in Brooklyn, New York, for most of the past decade, but recently relocated to Charleston, South Carolina with his girlfriend. He can be reached via email (dave [at] dinfontay [dot] com), and would love to hear from you.