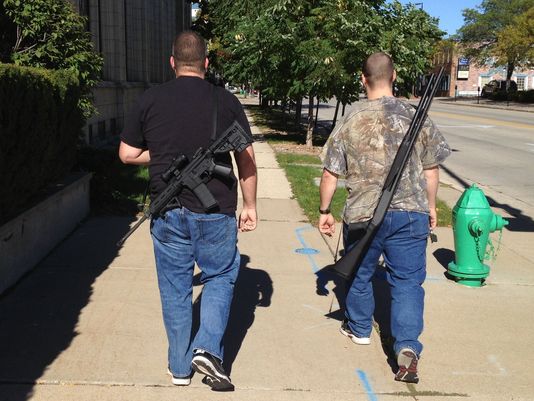 I write you today in fraternity to notify you that my armed militia will be occupying the pro shop/snack bar and surrounding 18-hole Blue Course until the tyrannical open-container policy is repealed by management. I wish it had not come to this. But some time last night, between finishing my fourth white-rum whammer and burning down the club-return shack beyond the 18th, I took an oath to defend your liberty, and my own.

With guns; we brought a shitload of guns.

An armed family mini golf course and batting cage oasis is a polite family mini golf course and batting cage oasis. I pray each morning that that no blood will be shed. Speaking of sheds, we’re also occupying that one on the far side of the parking lot, where the lawnmower and Christmas decorations are kept. We are prepared to repel any attempts on our perimeter, with lethal force if necessary. I trust that someone will communicate this to the groundskeeping crew. If they really need to get in, tell Jeff to call me. He should still have my number.

Fellow pass-holders of the Paradise Falls Mini Golf & Batting Cage Oasis, I call upon you now to stand with me in defiance of the unjust overreach of “management.” If you do not, then the days of ordering super-size colas from the Jack in the Box on Route 10, dumping half out, and pouring in a bunch of Bacardi and lemon-lime Gatorade to make white-rum whammers will swiftly come to an end at the hands of faceless bureaucrats. And I would rather die on my feet with a white-rum whammer in my hand, than live on my knees without a white-rum whammer at all. (If I could have a white-rum whammer on my knees, and live, I’d probably be OK with it. But that line didn’t fit on the custom t-shirts we ordered.)

Are we not men? Do we not have balls of various colors, which we drunkenly putt around Blue Course’s beautiful artificial lawns? that Are these fundamental rights not valid in the eyes of Mike Wilkins, the so-called General Manager of our fair Oasis?

I remind you, my fellow pass-holders, that we did not elect Nanny Wilkins. He was appointed by the monied interests that run this entire business — or should I say, ran, until we took it back. Using guns. Did I mention we have guns?

Well, we do. And with them, we will hold this recreational facility — from its bountiful parking lot, to its semi-animated life-size exotic animal statues, to the trove of recently expired Klondike bars we found in its walk-in freezer — in protest of the boot pressed down upon our necks. 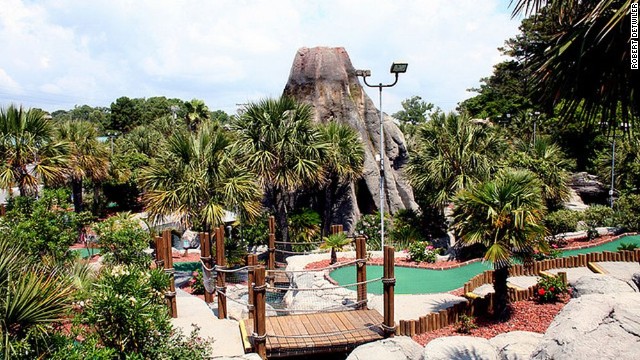 Have there been missteps? Of course. I am an honorable man who loves the Paradise Falls Mini Golf & Batting Cage Oasis above all else but my gun and my God, and before Him I admit to you, there have been failures of integrity along the way. Does Ed regret getting blitzed on street wine and defecating in the koi pool on 16, in front of the St. Bonaventure Summer Camp Fun Day field-trippers? Yes. Of course he does. Timbo never meant to pass out on the floor of the women’s room with his pants down.

I myself never would have sent Wilkins a picture of my genitals inserted into the mouth of the oversized turtle statue between Holes 4 and 5 had I known his daughter was playing Candy Crush on his phone at that time.

We are righteous men, my fellow pass-holders, men who have occasionally been so filled with the joys of putt-puttery, batting cagery, and drink that we have erred. But we must not allow our human shortcomings to be the leverage by which management drives the thin edge of the wedge into our unimpeachable liberty of season pass-holdership. And neither should you.

Our demands are few, and they are non-negotiable. First, we ask that the ludicrous prohibition on BYO liquor be lifted, but we further ask that a writ of culpability be signed by Mr. Wilkins and his cronies, expressing deep regret for the bylaw’s wrongful introduction and assurance that they will never again attempt to defile Paradise Falls with such chicanery.

We also require that all impounded MegaGulp Refillable Thermo-Mugs be returned to their lawful owners, in recognition that their seizure was a violation of personal sovereignty and membership bylaws. Access to MegaGulp Refillable Thermo-Mugs are a basic right for all at Paradise Falls Mini Golf & Batting Cage Oasis. Plus, we already have firearms, so like… why not, really?

Thirdly, we require Mr. Wilkins’ immediate removal from his unlawful post as tyrant of this facility. Timbo and Ed will be present in the heavily fortified man-made cave located at the #7 dogleg-left tomorrow at 13:00 to accept his resignation in person.

In closing, my fellow pass-holders, I ask you to send us supplies to sustain our occupation as long as necessary. We are in need of the following items:

We are capable and reasonable. My armed militia shall maintain its control over Paradise Falls Mini Golf & Batting Cage Oasis so long as our demands remain unmet, and the air of freedom still fills our lungs. Remember us as patriots, my fellow season pass-holders. Remember us as men with guns.