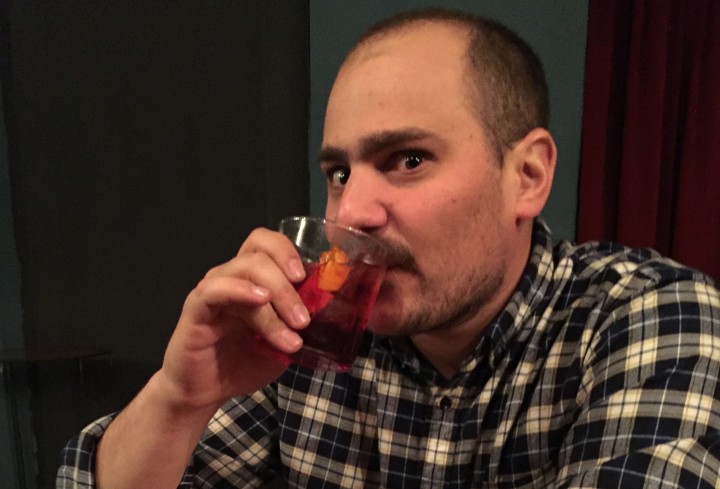 Italian cocktails don’t get a lot of play in non-mixology circles. Hell, besides the Negroni, I’d never really given the category much thought. It’s all tinted liqueurs and goofy stemmed glasses, just an odd little sidebar of funny words next to the wine list, which is also just a bunch of funny words, albeit ones that seem slightly more elegant somehow.

Surely, there are plenty of cocktail heads that would rush to correct me, but fuck ’em. This is my weblog. I speak for the people, and I say that most people don’t have more than cursory familiarity for Italian cocktail culture. Who knows if that’s true, but also, who cares? I didn’t consider this a great tragedy for our era. Until, that is, I had my first sip of a Milano-Torino. 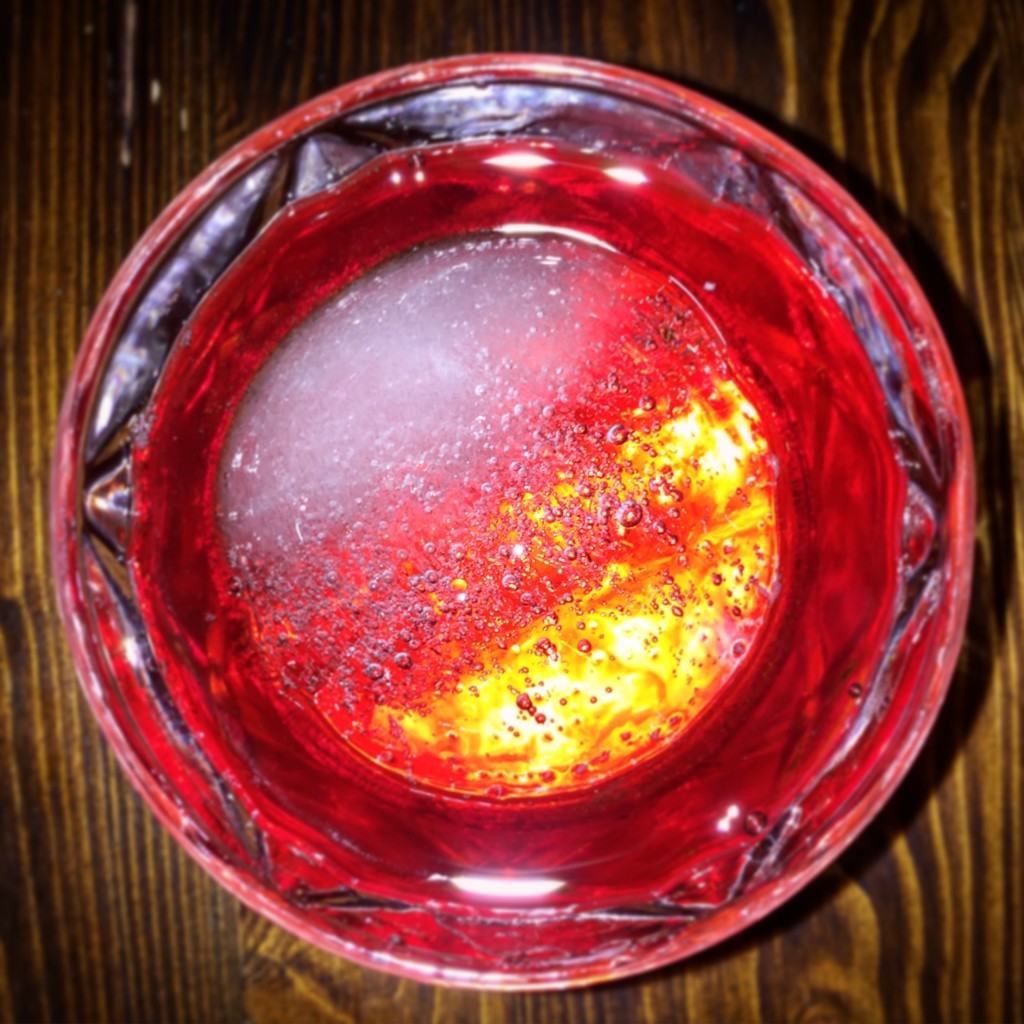 The deal is this. Campari is a cherry-red liqueur that’s made in Milan; 140km to the southwest is Turin, where the Carpano family founded Punt a Mes vermouth. Hence, the Milano-Torino: a gloriously bitter union of two northern-Italian hooches that really ought to have made its way onto more American menus by now.

My first Milano-Torino was by accident. We were in Como, a small metropolis on the southern shore of the lake by the same name. We stopped into Fresco, a really fucking cool little cocktail bar just a few blocks beyond the walls of the old city. The owners (who we’d eventually meet) had clearly taken cues from, like, every Brooklyn bar in existence. Lots of rustic wood and chalkboard menus and whatnot. Still, it was the opposite of tacky. It all sort of worked in this spectacularly Italian fashion. 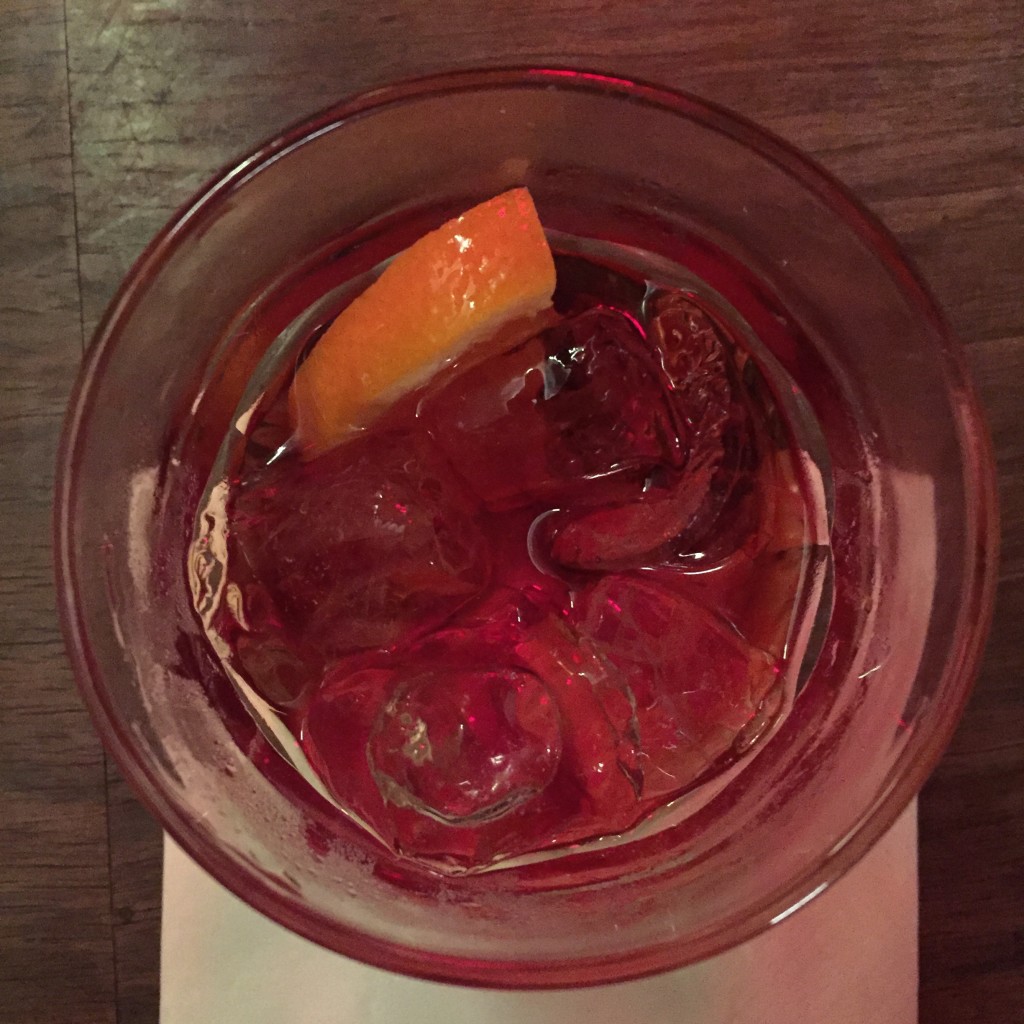 The bartenders were dressed to the goddamned nines on a Tuesday night; our waiter was wearing an incredibly tailored three-piece suit. Just for the fuck of it, I guess. These dudes were super-passionate and populist about cocktails, which was really refreshing compared to NYC, where cocktail attitudes are very hit-or-miss.

Anyway, our waiter recommended the drink to me on the strength of its bitterness. Their version, he explained, was aged for a week in a decanter, then served with angostura bitters and orange peel. Fuck it, let’s dance, says I. 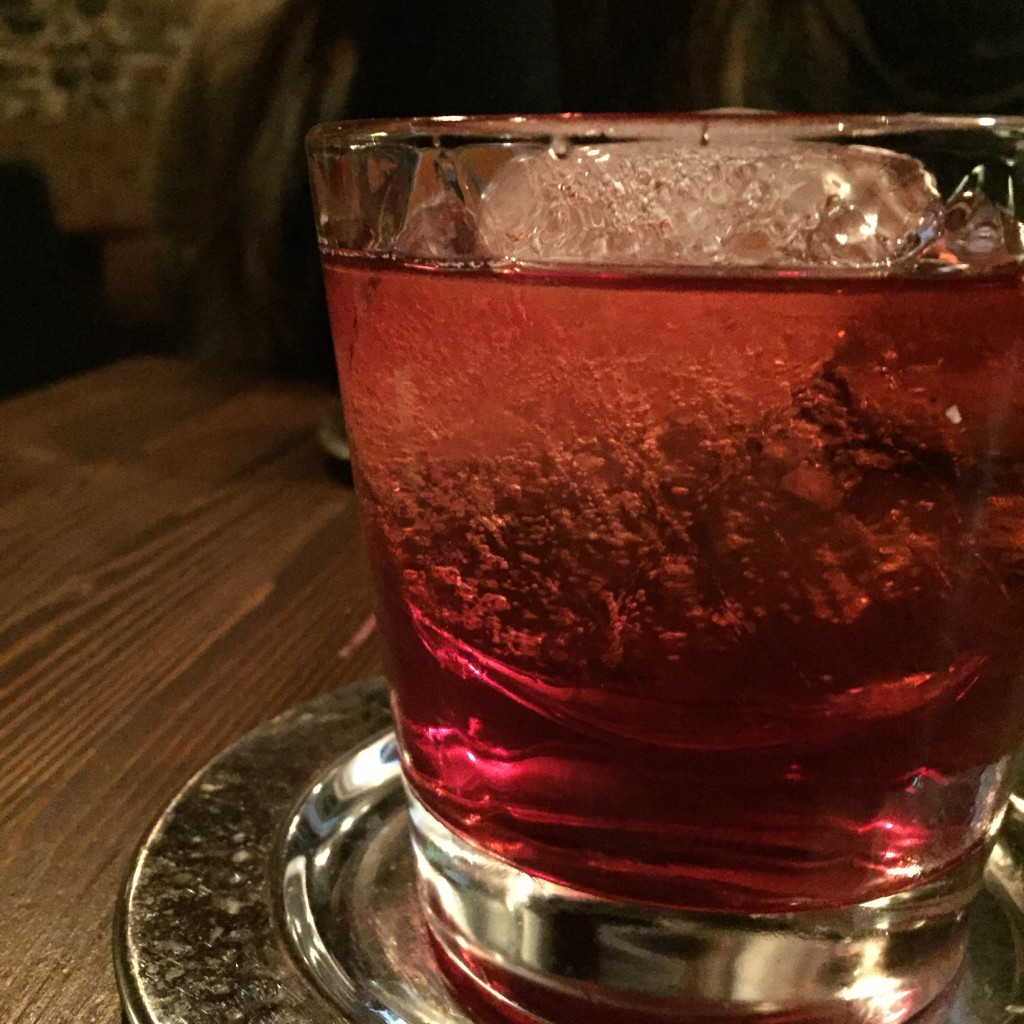 I was hooked basically from the first sip. The liqueurs, both relatively tart on their own, combine into this light, non-threatening bitter-bomb with virtually no aftertaste. It’s so fucking good, you guys.

There’s not much more to the story than that. I’m not going to shit out another 400 words on the transcendence of this drink. But I can say that for the rest of the trip, I exclusively drank Milano-Torinos. None came close to the excellence of Fresco’s bottle-aged version, but even the shittiest one was really goddamn good.

I mean, look at this stupid, drunken smile: 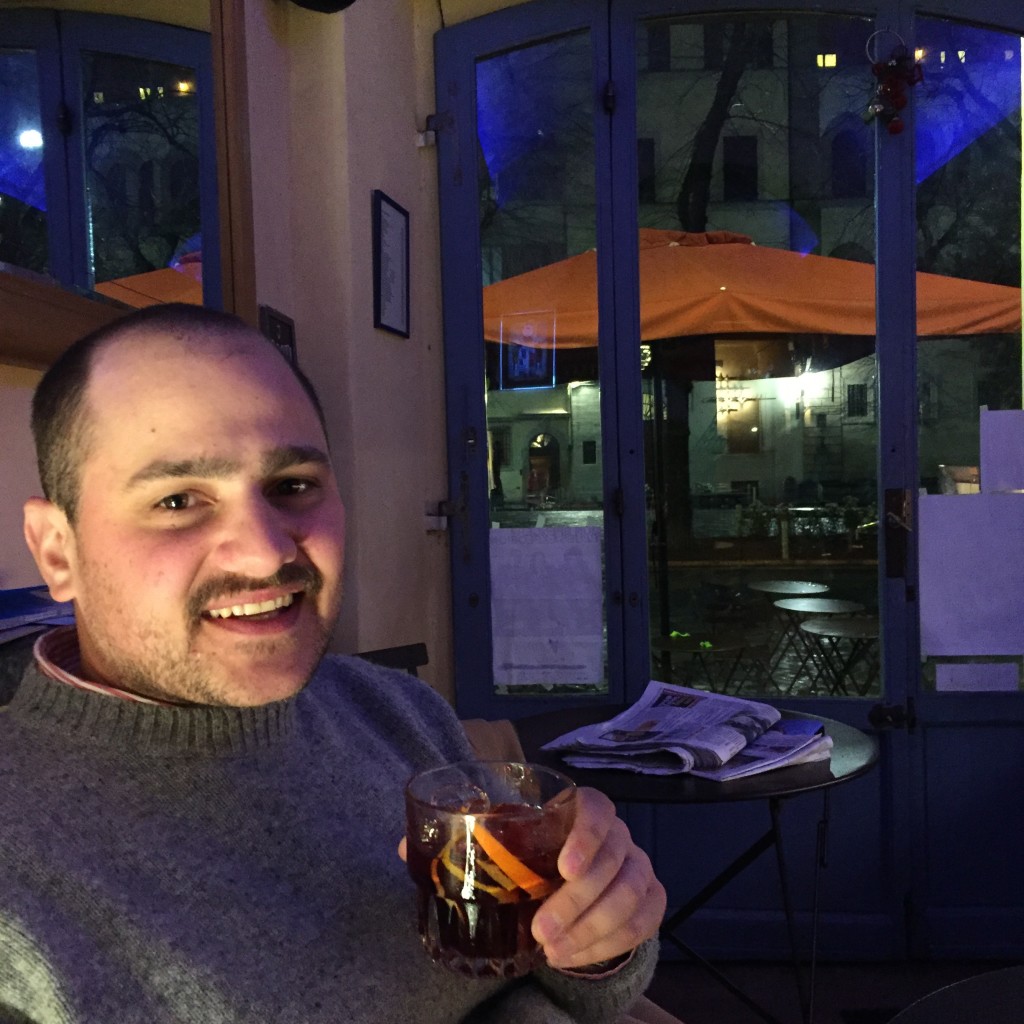 Milano-Torinos, you guys. Go order yourself one. Tell ’em Uncle Dad sent you.

All low-res, poorly lit pictures were taken by Dave Infante or his girlfriend.