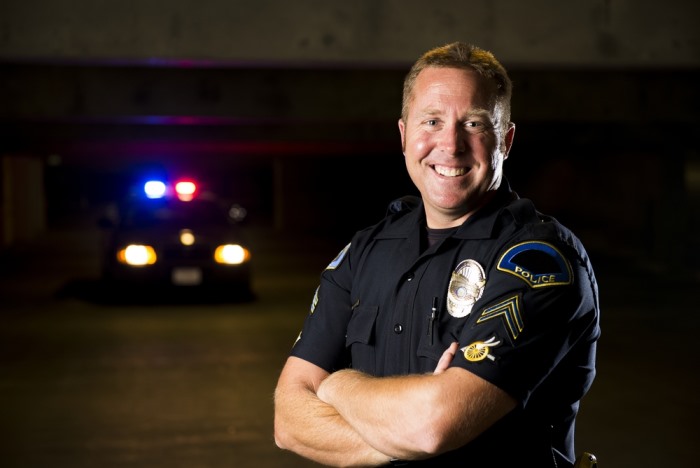 Stop and RISK: Officers harassing citizens over scofflaws in high-crime neighborhoods already breeds community-wide mistrust for authority, so why not spice it up a bit? If the subject isn’t carrying any contraband, he/she will be rewarded with the most recent edition of the popular WWII board game manufactured by Parker Brothers.

Miranda Wrongs: Invert key affirmatives when reading suspects their rights, just to keep ‘em on their toes. “You do not have the right to remain silent,” you should say. “If you can’t afford an attorney, one will not be provided to you.” Because they’ve been trained to respect you as extension of the state’s hypothetically impartial justice system, suspects may not even notice that you’re yanking their chain (and also hamstringing due process.) A fun prank!

The Holding Swell: “Pimp” your precinct’s holding cell to maybe-sorta distract captives from the fact that you’ve been holding them for well over 48 hours without bringing charges or allowing them a phone call. Amenities like toilets, running water, and the persistent, low-level threat of state-sanctioned rape will give the unlawful remand a “hanging out in the dorm room” vibe.

Public Assembly Slip-’n-Slide: High-pressure firehoses are perfect for disbanding peaceful protesters, but why should the cops be the only ones having fun? Set up inflatable slip-’n-slide runways behind the crowd, so when the protesters’ bodies are brutally repelled by your streams, they may enjoy a thrilling, refreshing ride away from the frontlines of their lawful assembly.

“TSAyyyyyyyyy”: When taking advantage of your authority as a Homeland Security employee to cop a feel on a passenger you find attractive, makesure he or she knows that you only picked them because They. Are. Sexy!!!! The best way to do so is to raise your eyebrows and make “Fonze” noises under your breath while fondling their breasts or pushing the detection wand in between their thighs. Talk about an ego boost!

Boater Suppression: Citizens hoping to cast their votes should bring two forms of photo ID, proof of current address, and of course, a seaworthy vessel, to a longitude & latitude no less than 3/4 mile off the coastal mainland. If they don’t enjoy a bracing, salty November breeze blasting across their bowsprits, are they really capable of being a part of an informed electorate? Probably not!

Funny Money: To show your constituents that their vote truly counts, and isn’t just part of a performative national ruse designed to veil the exorbitant influence of a handful of monied political donors, mail each of them an envelope of Monopoly money before the election. Then, they too can “donate” the fake cash to the campaign of their choosing! Everyone gets to feel involved — adorable!

Calligra-FOIA Requests: If faced with constitutionally valid requests for information that you’d really rather not fulfill, produce each document in meticulously handwritten calligraphy. Sure, it’ll drastically delay the disclosure, make it impossible to digitize, and generally inconvenience the citizen or journalist who requested it. But it’ll also look fantastic.

Intercept+Correct: Did you spot a typo while you were illegally reading private emails, phone transcripts, and text messages without a warrant? Do the right thing and fix it, would? For example: “We should speak out publicly against the wide-reaching domestic espionage of the state” was clearly meant to read “We should faithfully assume the country is being run honestly, as any suggestion to the contrary is both seditious and paranoid.” Damn Autocorrect!

Traffic Stop Bingo: Here’s a fun one! At the DMV, issue all non-white drivers a special game card along with their license. Then, when they are pulled over by a patrol car, they won’t even have to ask why. The officers may mark their card with any number of trivial reasons, including failure to signal, following too closely, or briefly crossing over a double-yellow line. If they get a full line before being shot to death on a routine traffic stop, they can turn their winning cards for a new card, and start the game all over again.