My name is Dave.

I’m an an award-winning journalist with a strong voice and a passion for storytelling. My work has appeared in The New York Times, Fast Company, Splinter News, HuffPost, The Guardian (US), Thrillist, PUNCH, and others. My independent newsletter about drinking culture, being online, and beyond is Fingers; learn more about it and subscribe here. 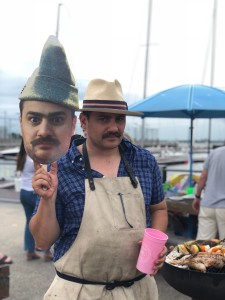 Here’s a brief selection of my work to give you a sense of what I write about, and how:

I’m the recipient of two James Beard Foundation Awards for Journalism. I won the “Wine, Spirits, and Other Beverages” category in back-to-back years for my feature reporting on black craft beer brewers (2016) and craft beer industry consolidation (2017).

In addition to writing, I also work as a digital media consultant with select clients on content strategy, email newsletter development, video production, and more.

I live in Charleston, South Carolina. If you’d like to work with me, or just say hello, send me an email: dave@dinfontay.com.